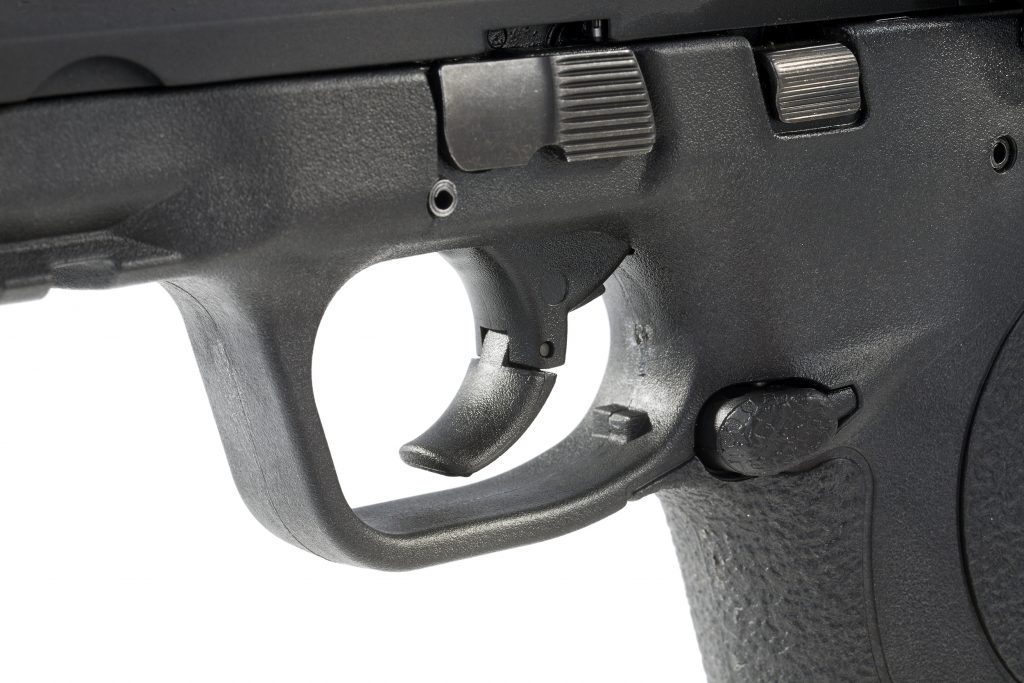 I have been evicted from my home office.

Now, it’s for a very good reason – my wife and I will welcome our second baby girl into the world in November.  We have three bedrooms upstairs in our house and then a lot of space downstairs in the basement.  Yours truly has the honor of taking up new residence in the basement so beautiful girl #3 in our house can have a room with the rest of the family.

In this process, I was cleaning out closets, and I came across a shotgun that my father-in-law had passed down to me that came from his father-in-law.  It’s a Remington 1100, a pretty little semi-auto that fires 12 gage shells.  I own a couple of firearms that I use entirely for sport (I’m not a hunter) and maintain as the illusion that I am prepared to defend my home, like I’m Jason Bourne or something. Spoiler alert: I’m not.  Also, I live in rural Kansas.  One of the things you do for fun in rural Kansas is shoot guns.

Anyway, I wanted to move the weapon to a new storage space and realized it was loaded.  Normally I don’t leave my shotgun loaded – I fire whatever ammunition I have loaded at the range.  I’m not a firearm expert nor am I a gun aficionado, so I had to call a friend of mine who is far more knowledgable than me to walk me through the steps of safely unloading a semi-auto shotgun.  It was easy and I was careful and safe, but something occurred to me in the process:

The trigger of a gun is dangerously intuitive.

It’s because the trigger of a gun is seductive.  Children learn to “play with guns” at an early age – we have water gun fights, cowboys, soldiers, and cops are popular childhood heroes.  Video games are full of gun-toting heroes and villains, and even cartoons have cartoony-laser guns of various sorts.  I’m not commenting here on the sociology of gun play or violence in America.  My point is that, with a gun in our hands, we are practically wired to pull the trigger.  Don’t believe me? Pick one up and hold it for a minute and see where your finger goes.  Sadly, it takes absolutely no skill to pull a trigger.  All it takes is enough muscle.

If you’ll grant me the analogy here, I think that we have become a trigger happy culture.  Let’s depart from actual triggers and firearms and talk about our interactions with other people; more particularly, I’m speaking about our conduct with others online.  We are confronted continually and consistently and perpetually with viewpoints and opinions that are contrary to our own through social media.  It’s inescapable, unless you don’t use social media.  If you don’t use social media, God bless you – I really mean that.

Yet with an overwhelming influx of connectivity has come an alarming increase of hostility.  It would seem that this principle is operating in reverse.  Shouldn’t more connectivity mean more understanding?  Shouldn’t quicker connection equate to faster developing intimacy?  This has not proven to be true.

The greatest travesty of all trigger pullers is the one who claims to do it “in the name of love.”

Rarely is a so-called love-forged bullet fired at someone else received in love.  Bullets never heal – even non lethal bullets can gravely wound.  Intentions don’t matter when they’ve been weaponized; they only cause collateral damage and leave pain and suffering in their wake.  Damaging news (and non-news) links, misapplied and skewed facts, scathing memes, sarcastic emojis and post “likes” and reactions…when loaded into the chamber of a gun called TRUTH and fired “in love” only take life, not give it.  It takes a relationship to correct and rebuke, and it takes great care when we do it.

Jesus teaches that we should love our neighbor.  It’s easy to throw that verse out and leave the definition of neighbor hanging.  Jesus doesn’t.  In Luke 10 he tells one of his most famous parables about the “good Samaritan.”  It’s important to recognize that Jesus gives this parable in response to the question, “and…who is my neighbor?” coming from a guy who wants to “justify himself.”  You can read: “defend his position” or “prove that he is right” or “settle a debate” or “win an argument.”

To catch you up, a good guy gets beat up by bad guys on the side of a busy road.  A bunch of religious people ignore this guy – they’ve got better things to do or seemingly good reasons not to intervene.  A Samaritan though, gets to be the hero of the story – and this was absolutely shocking to the hearers in Jesus’ time.  Samaritans were dirty, half-breed idolaters who were seen as inferior.

Then Jesus pulls one of those ultimate teacher moves.  He forces the guy to say it – to admit it – that the one who was the neighbor, that did right by the guy, was the guy everyone didn’t want to like in the story.  Not only was he the hero, but then Jesus commands, “Go and do likewise.”  Wait – what?  Did Jesus just say do the same thing our “enemy” would do in this story?

Second: are you trying to help those who are beat up by the side of the road by firing bullets from the gun of TRUTH into them, hoping they will get it right and pick themselves up? Or are you extending a hand of grace to them?  Are you stopping by to care for your neighbor, to nurse them back to health in relationship, and to show them a glimpse of the depth of God’s love for them?  Are you looking for the image of God in every individual and sharing God’s love with them?  Are you defined by your love?

You can’t weaponize love.  I hope, church, we quit trying.

Sympathy for the Heretic

I heard old St. Nick once punched you.
But I’d like to think
that he’d admit it was
an overreaction.

Did he even know you?

See
I don’t think you wanted the world
or power
or money
or sex
[and those are the things that get bishops’ ears].

I think you just wanted to
neatly fold things like
a napkin, on your lap
but not only your lap, not for you
but for your people to eat at the Table.

You
with your pastor’s heart.

But then again.
I wasn’t there.
I really don’t know your heart.